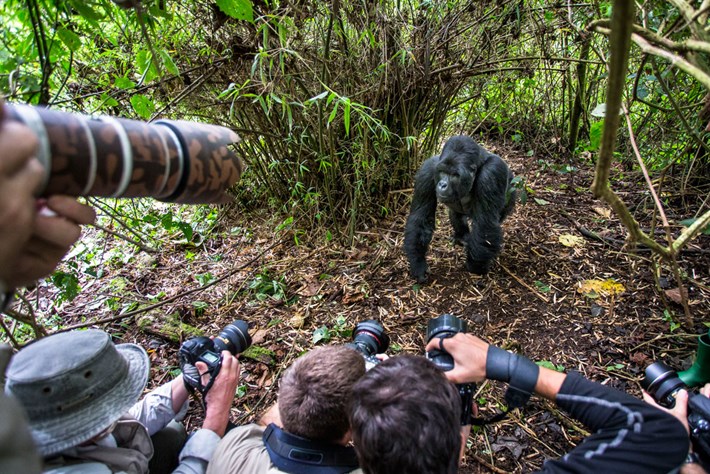 Wildlife photographers often put themselves in dangerous situations just to get the right shot because when you do something you love, you are willing to take few risks.

While visiting Volcanoes National Park in Rwanda, a wildlife photographer Christophe Courteau was taking pictures of a group of Silverback gorillas. The alpha male of the group wasn’t too pleased though and became angry when he spotted camera and so charged at him out of the blue. Amazingly, Courteau managed to get in one last shot of the incoming fist before the attack.

Well it takes a great amount of bravery, for instance, to stand in front of a gorilla weighing nearly 430 pounds (190 kilograms) in order to take a picture. 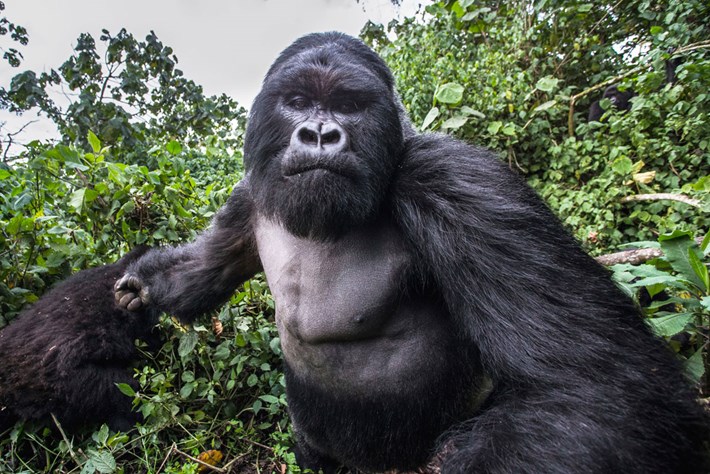 The ape was reportedly “drunk” from eating bamboo stems, which ferment in the stomachs of gorillas causing them to become intoxicated. 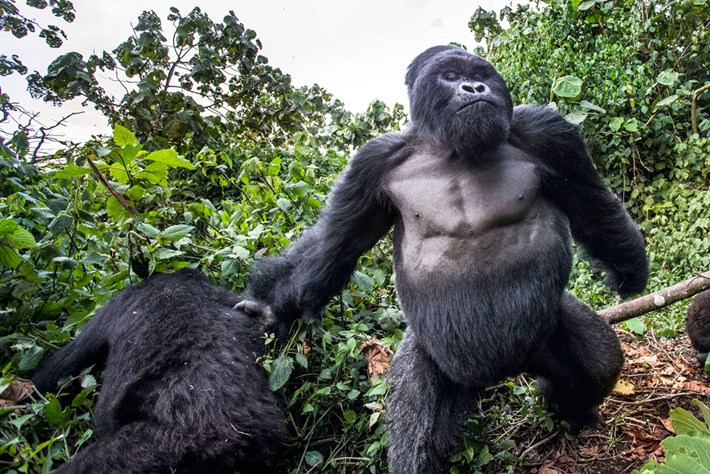 According to him, he states “In less than a second he was on me. He pushed me out of the way as if I was not there. 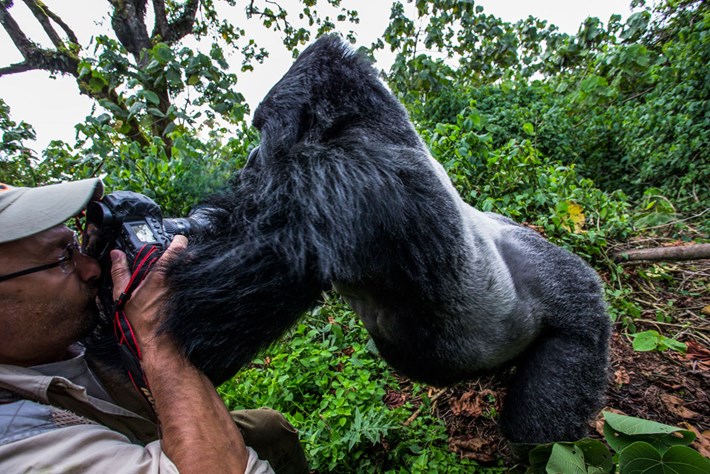 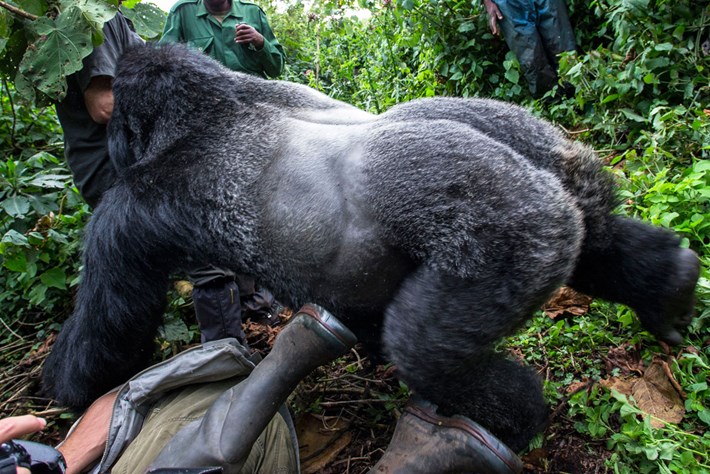 Thankfully Christophe was not harmed during this incident.