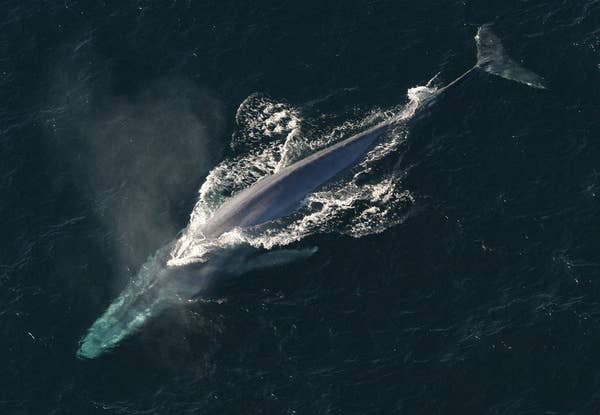 A blue whale’s heart is the biggest on the planet about 5 feet long, 4 feet wide, and 5 feet tall. It weighs about 400 pounds. That’s the weight of about 35 gallon paint cans. By comparison, the heart of an African elephant, the largest land creature, weighs about 30 pounds.

David Attenborough once claimed that the blue whale’s heart “is the size of a car, and that some of its blood vessels are so wide that you could swim down them.” But this is not true. In 2015, a dissection team in Canada extracted and measured a blue whale’s heart from a whale that washed ashore. It was more like a small golf cart. 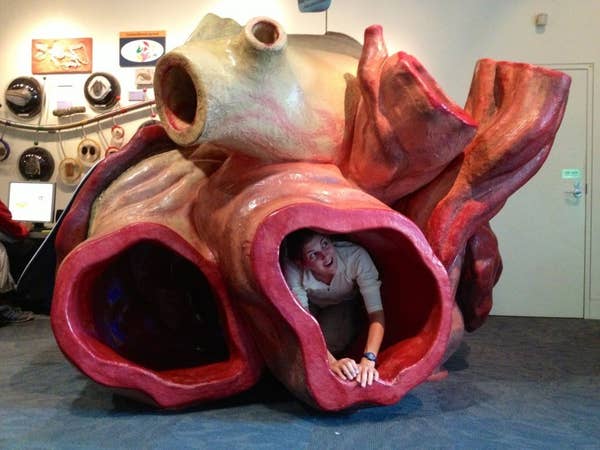 Jeremy Goldbogen of Stanford University, the first person to attach a heart monitor to a blue whale at sea. He led a team of researchers that attached a noninvasive suction-cup tag to a blue whale in Monterey Bay, California. The tag contains electrodes, a depth measurement sensor and a GPS tracker. It stayed on for eight and a half hours, and recorded data from a number of dives. The researchers then tracked it down and reviewed its readings.

The whale’s heart rate constantly swings between extremes of speed. During a dive, it can conserve oxygen by slowing down to just two beats a minute and pushed dozens of gallons of blood through the arteries and as a whale climbs back to the surface, its heart rate rises again.