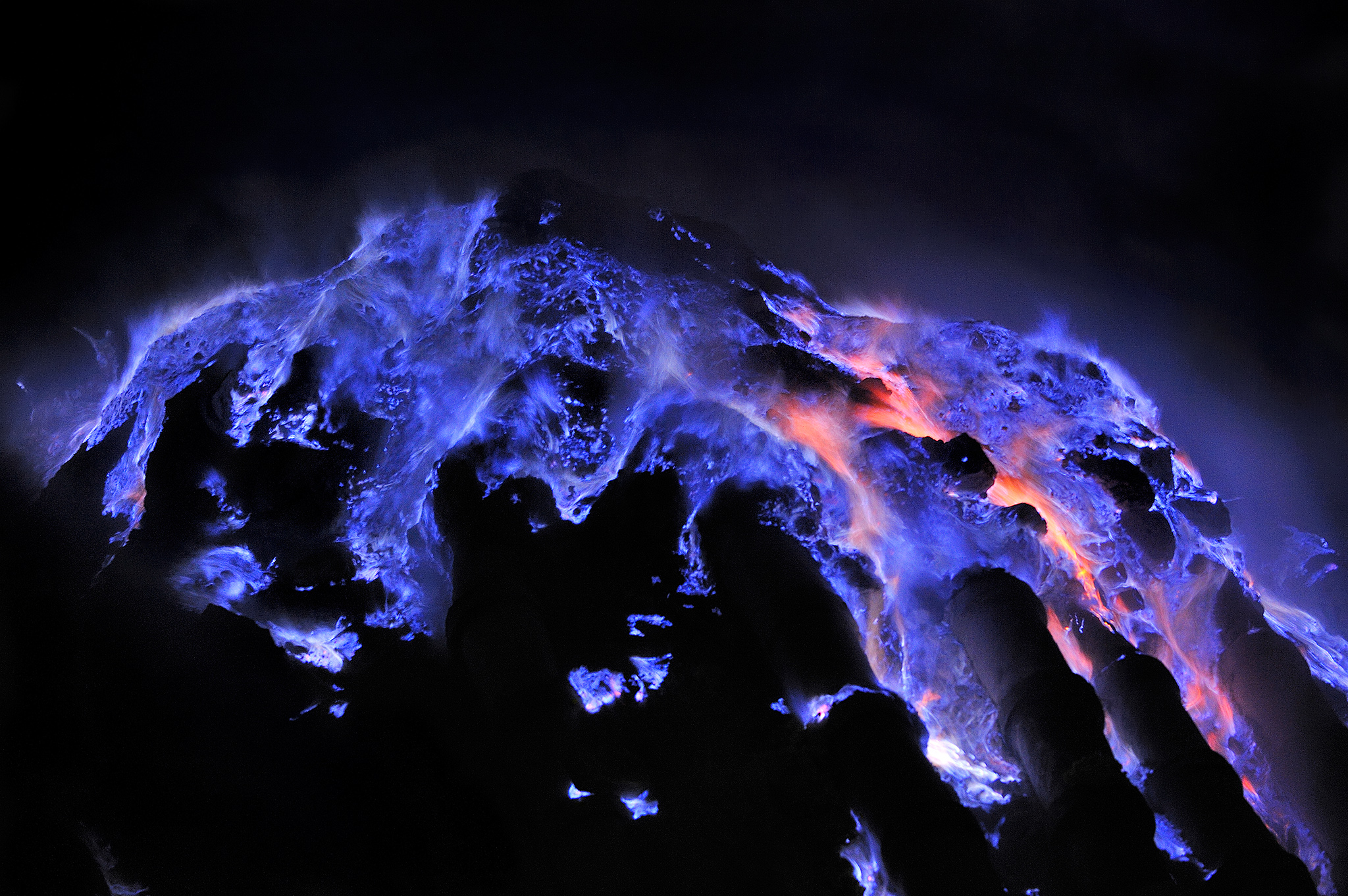 The Indonesia’s Kawah Ijen Volcano on the Island of Java, is one of the world’s most unusual volcanoes because instead of producing the usual red lava and black smoke, the chemical composition of the environment surrounding the volcano result in bright blue flames rising into the air.

According to a Paris-based photographer, Olivier Grunewald, Kawah Ijen volcano has some of the extremely high quantities of sulfuric gases that emerge at high pressures and temperatures (sometimes in excess of 600°C) when exposed to the oxygen present in air above a temperature of 360 ˚C (680 ˚F) and lit by the hot lava, the sulfur burns readily, and its flames are bright blue. 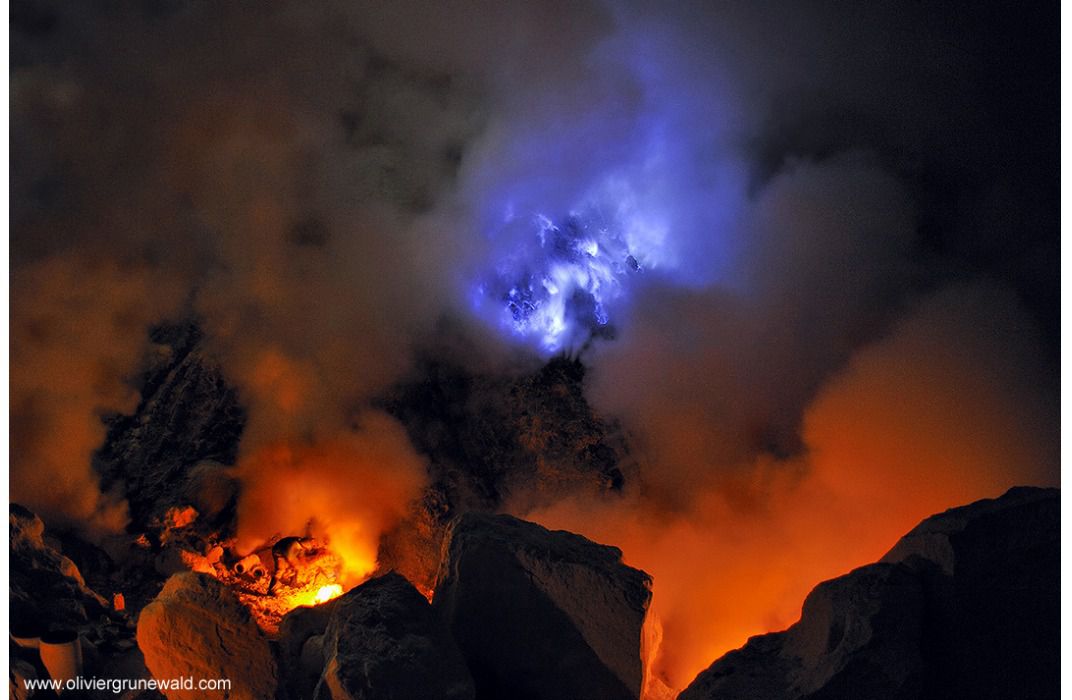 This unique feature is practically invisible during the day, but is inescapable at night. 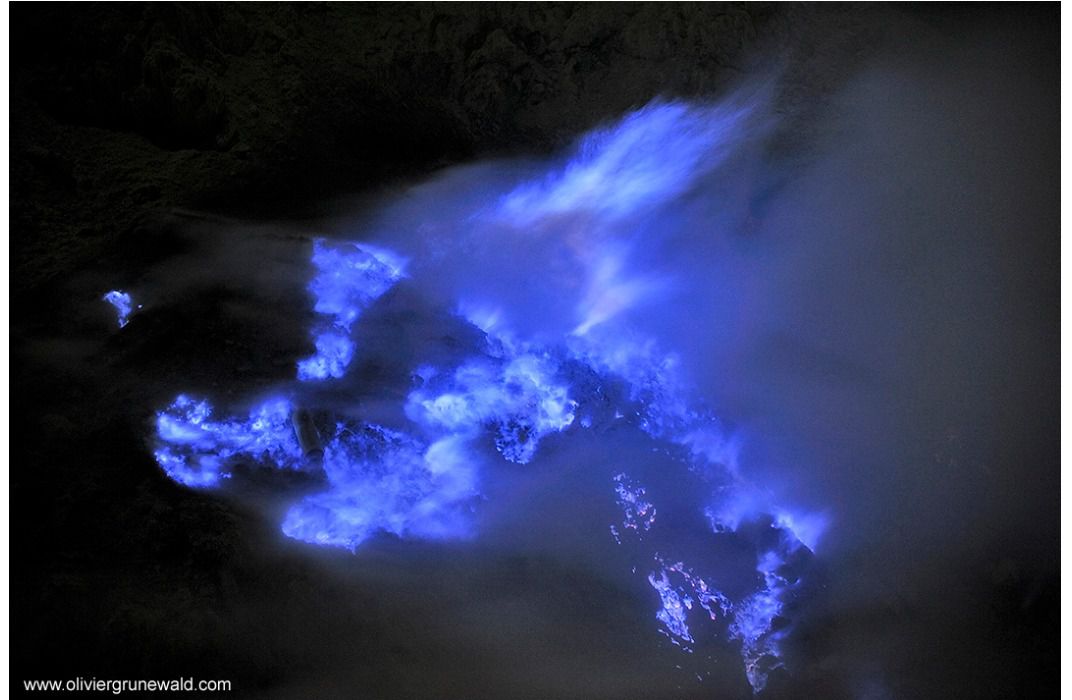 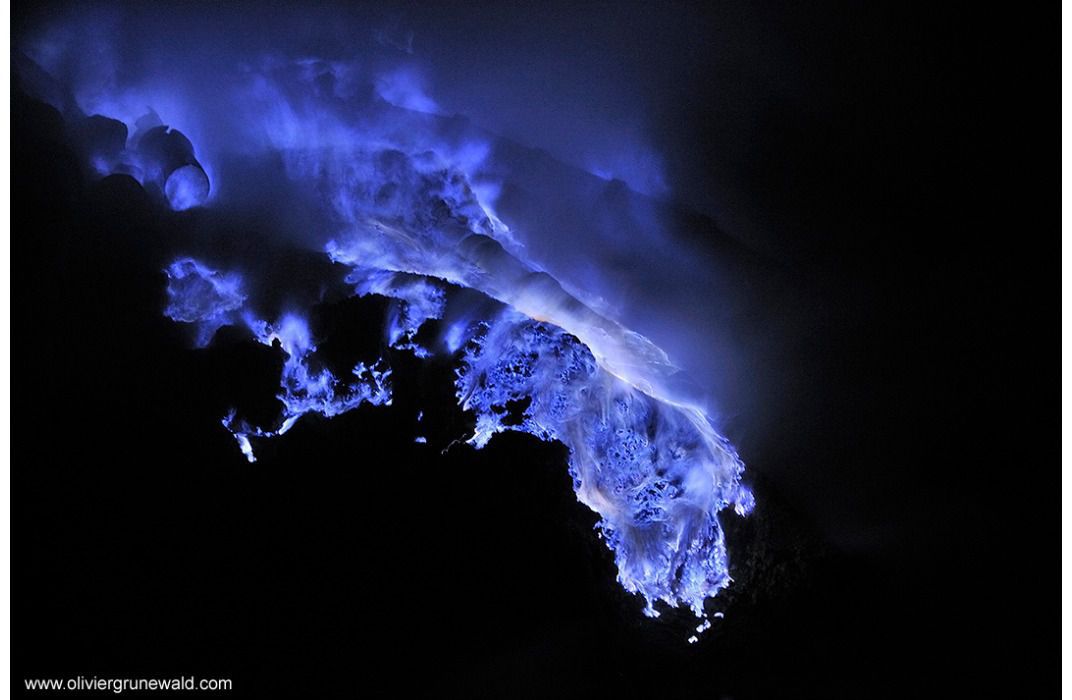 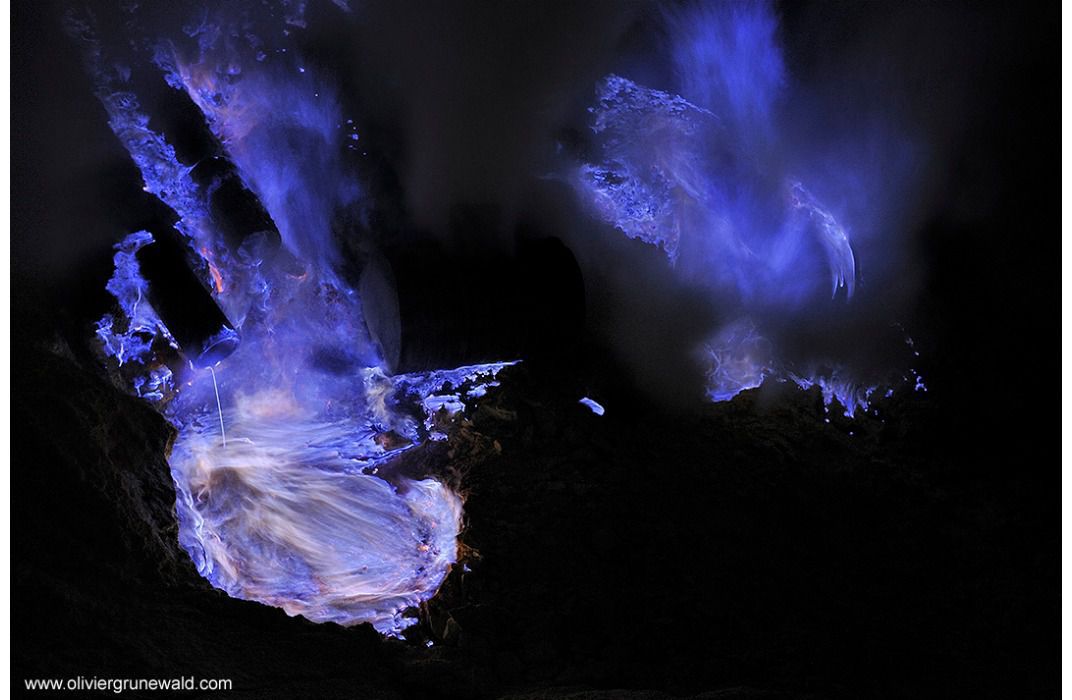